The launch of the Global Innovation Network for Teaching and Learning (GINTL) brings together the network’s 20+ member higher education institutions and other partners to hear about sustainable partnerships in higher education for education development. 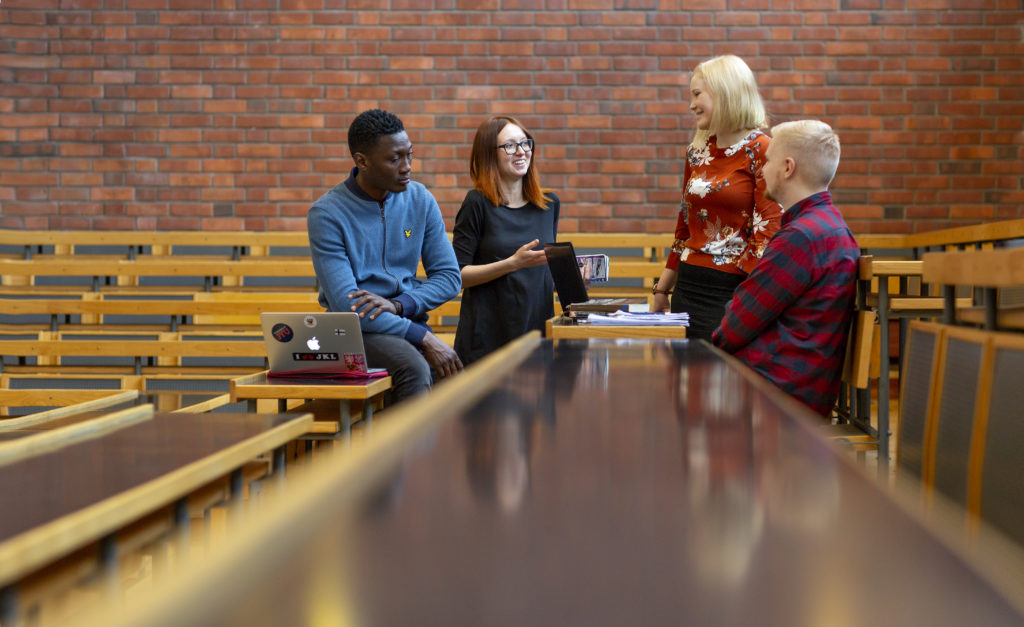 This event happened on 30 March 2022. Re-watch GINTL’s Launch Event on GINTL’s YouTube channel and find out about optinions of the panelists on key characteristics of sustainable and responsible North-South partnerships as well as the central roles of higher education institutions in GINTL’s blog.

Introduction by the Master of Ceremony

Reflections from the Ministry of Education and Culture of Finland

Professor Ahmed Bawa, is a theoretical physicist and currently holds the position of Chief Executive Officer of Universities South Africa (USAf). In this capacity, he is a member of the Board of Directors of USAf—the representative association of all 26 public universities of South Africa. Until April 2016, Professor Bawa was Vice-Chancellor and Principal of the Durban University of Technology. From 2012–2013 he was chair of Higher Education South Africa (HESA), which became USAf in July 2015.
Professor Bawa had held senior positions at universities in South Africa and in the United States. Among others, he has held the position of Deputy Vice-Chancellor at the University of Natal and at the University of KwaZulu-Natal. Professor Bawa holds a PhD in theoretical physics from Durham University. His areas of research were nuclear physics and elementary particle physics. He has also done work in the area of higher education studies as well as science and society.
He served on a number of national policy development teams in the post-1994 period in the areas of science and technology and higher education. He was a researcher for the National Commission on Higher Education and was an inaugural member of the National Advisory Council on Innovation till 2002. He is Fellow of the Royal Society of South Africa as well as the Academy of Science of South Africa of which he was one of the inaugural vice-presidents. He is currently a member of the Council of the Academy. He also served as Chair of the Board of the Foundation for Research Development, Telkom and Sanlam and was Vice-Chair of the Board of the Atomic Energy Corporation. He serves on several international advisory boards.
Professor Bawa has been a recipient of many awards. Among them was the Transformative Leadership Award bestowed on him by the University of Pennsylvania’s Netter Center for his dedication to producing significant societal change, and to working tirelessly, enabling the institutions in South Africa to realise that goal. Professor Bawa is well known for advocating universities’ responsiveness to their local contexts.

Damtew Teferra is Professor of Higher Education at the University of KwaZulu-Natal in South Africa. He is the founding director of the International Network for Higher Education in Africa, and Editor-in-Chief of the International Journal of African Higher Education. In the wider African continental perspective, he also serves as co-coordinator of the higher education cluster of the African Union’s Continental Education Strategy for Africa. He currently directs the Directorate of Research and Academic Planning at the Association of African Universities.

Dr. Mousumi Mukherjee works as Associate Professor and Deputy Director of the International Institute for Higher Education Research and Capacity Building at O.P. Jindal Global University in India. She also serves as the founding Executive Director of the Centre for Comparative and Global Education and she is a Member Secretary of Research and Ethics Review Board at O.P. Jindal Global University. She has completed her PhD in Education Policy and Leadership at the Melbourne Graduate School of Education, Australia. She has 20 years of teaching and research experience in India, the United States, Australia as well as the Middle East, and she has been actively involved in international research associations, such as the World Council of Comparative Education Societies (WCCES), and the Comparative and International Education Society (CIES). Dr. Mousumi Mukherjee has served as the associate editor of the Taylor & Francis journal Diaspora, Indigenous and Minority Education. She has published over 20 internationally peer-reviewed journal articles and book chapters by reputed academic publishers such as, Routledge, Brill, Sense, Sage, and Springer. Her most recent publication is a co-edited book titled “Global Higher Education during and beyond COVID-19: Perspectives & Challenges”, to be releases by Springer in June 2022.

Elina Lehtomäki, Ph.D. in education sciences and Professor of global education at the University of Oulu, Finland, leads the research team Education, Diversity, Globalisation and Ethics. Her research interests include global education and learning, social meaning of education, equity and inclusion in and through education, cross-cultural collaboration, sustainability, responsibility and internationalisation in higher education. She is an advisory board member of the international Academic Network for Global Education and Learning, and the Finnish University Partnership in International Development (UniPID).
Elina Lehtomäki has been an invited expert to UNESCO, UNICEF and the World Bank, and has a long-term collaboration with colleagues in African countries through universities, ministries, non-governmental organisations and international organisations.

Members of our network

We are a network of dedicated scholars and practitioners, who work jointly with our partners to co-create research-based solutions for local needs.

Together, we can spark cycles of learning for better education.